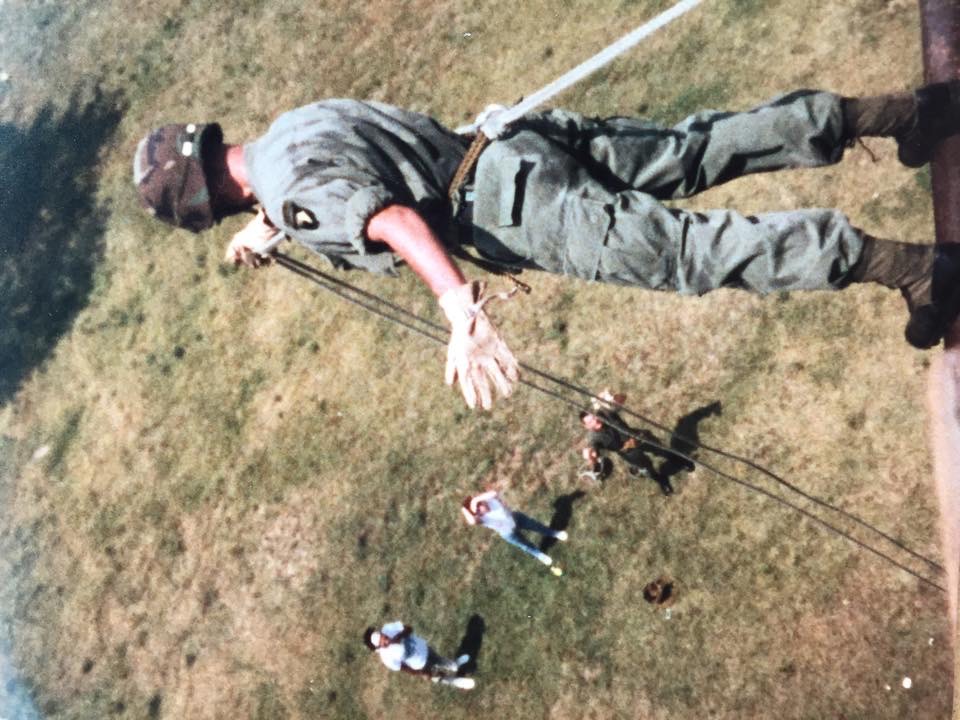 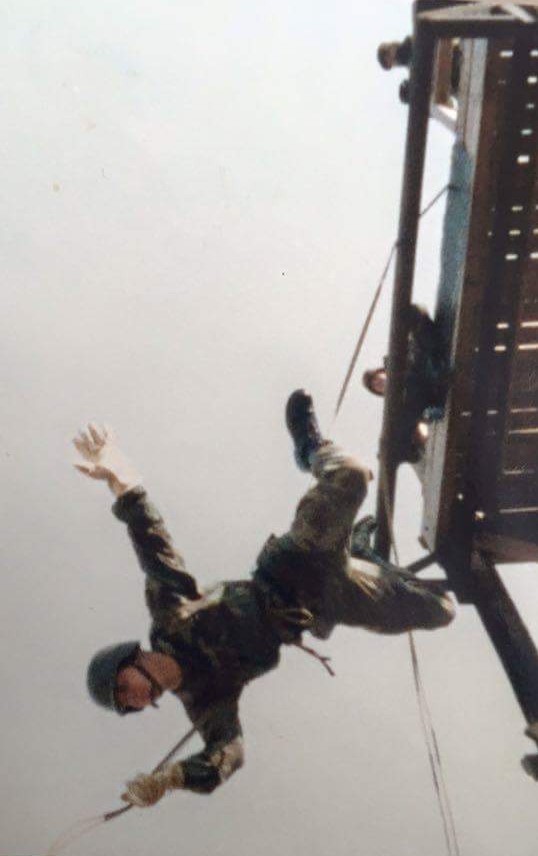 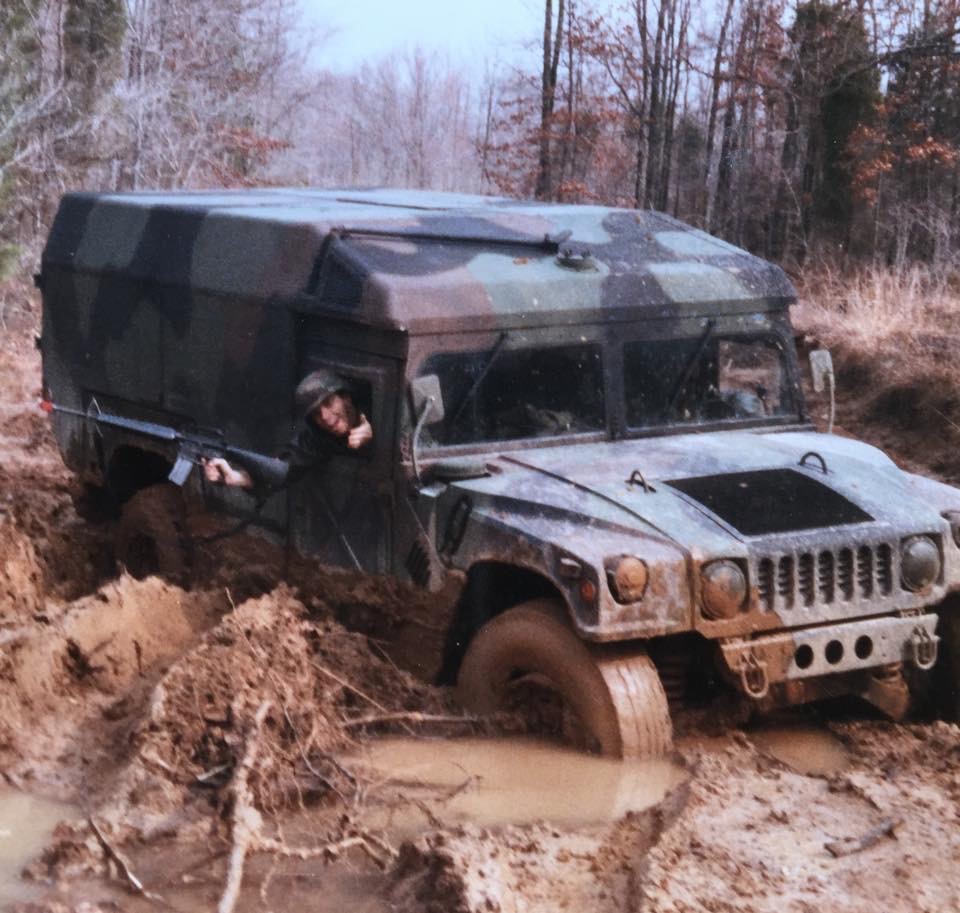 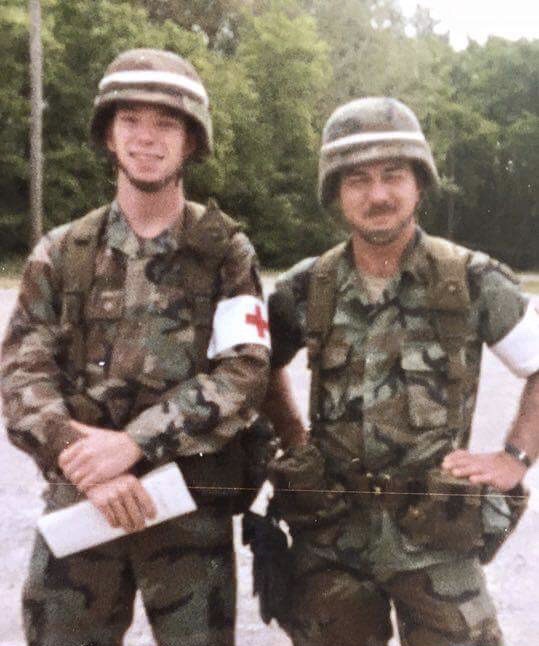 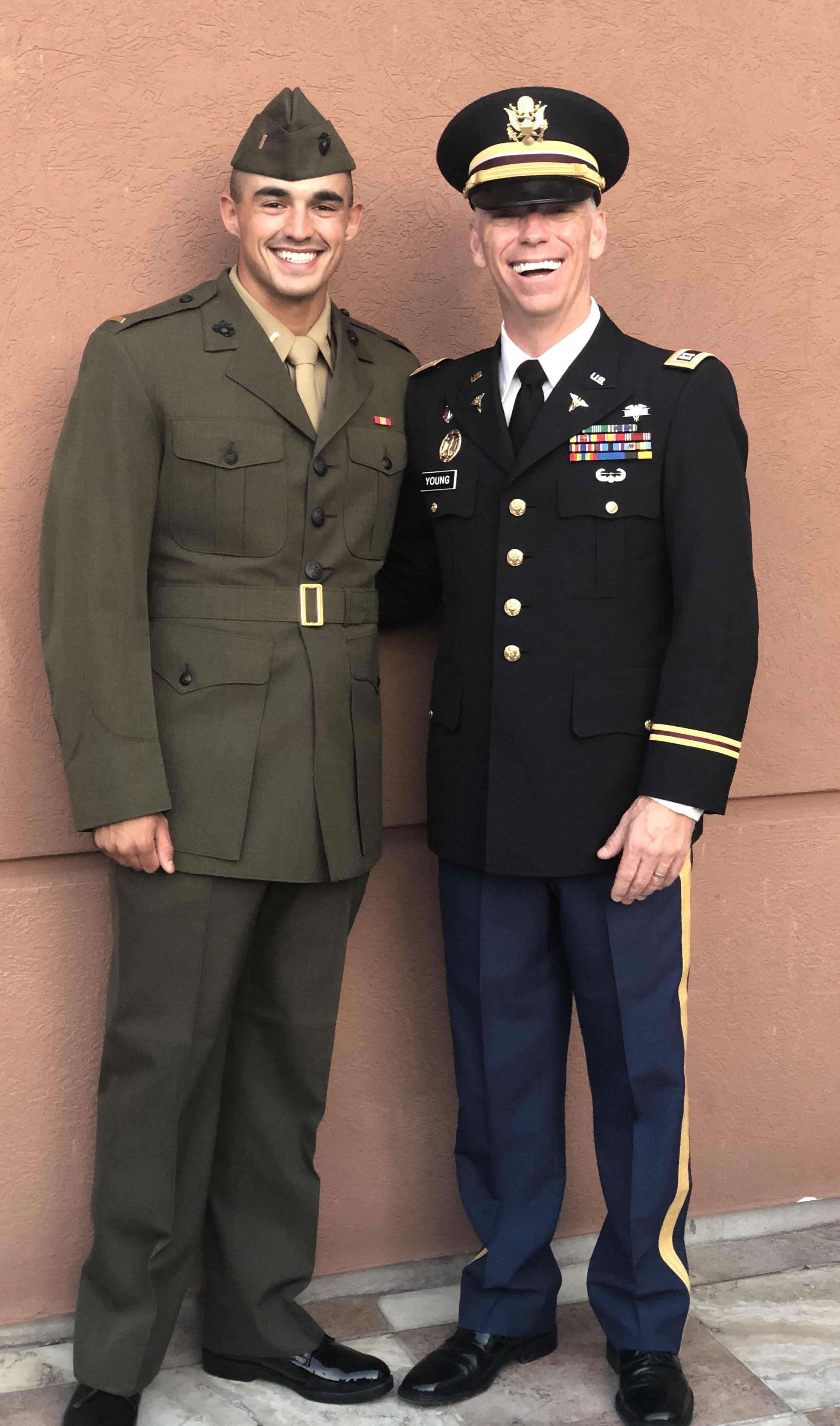 Darrin Young joined the US Army in August 1986. Young completed basic training at Fort Leonard Wood, Missouri, followed by Medical Specialist training (AIT) at Fort Sam Houston, Texas. He then served as a medic with HHC/2/327th Infantry, 101st Airborne Division at Fort Campbell, Kentucky. During his time as a Screaming Eagle, Young earned the Air Assault Badge and Expert Field Medical Badge. After active duty, he joined the Missouri National Guard in September 1989 and was assigned to the 635th Attack Aviation Group in Jefferson City. Young attended Officer Candidate School (OCS) Class #29 with the Missouri Military Academy from May 1990 to June 1991. Upon graduation, he was commissioned as a Second Lieutenant and briefly assigned to his father’s unit, the 1/135th Aviation Group in Warrensburg, Missouri. Next, Young completed Field Artillery Officer Basic School at Fort Sill, Oklahoma from February to June 1992. From there, Young was assigned to Delta battery, 1/129th Field Artillery in Independence, Missouri (President Truman’s former unit). Delta battery was activated during the floods of 1993, and Young was assigned as the officer in charge of the Parkville, Missouri detachment. He and his troops assisted residents placing sandbags during the day, patrolled for looters at night, and assisted first-responders rescuing civilians in distress. His unit was awarded the humanitarian service medal for life-saving missions and humanitarian efforts following this activation. In June 1994, Young transitioned from the Missouri National Guard to the Army Reserves Nursing Corps. As a reservist, he was assigned to the 303rd U.S. Army Field Hospital in Columbia, and then the 4207th U.S. Army Field Hospital in Greentop, Missouri. Young was activated in 2002, and placed at Reynolds Army Community Hospital in Fort Sill, Oklahoma for one year. During this time, he earned the German Armed Forces Badge. Young then returned to the 4207th, and was appointed as the S3 Training/Operations Officer, responsible for training 152 soldiers for the War on Terror. With 20 ½ years of service, Captain Young retired from the military in January 2007. Since retirement, Young has continued to serve and connect with fellow veterans through Team Red, White, and Blue as well as his local American Legion, Post #202.