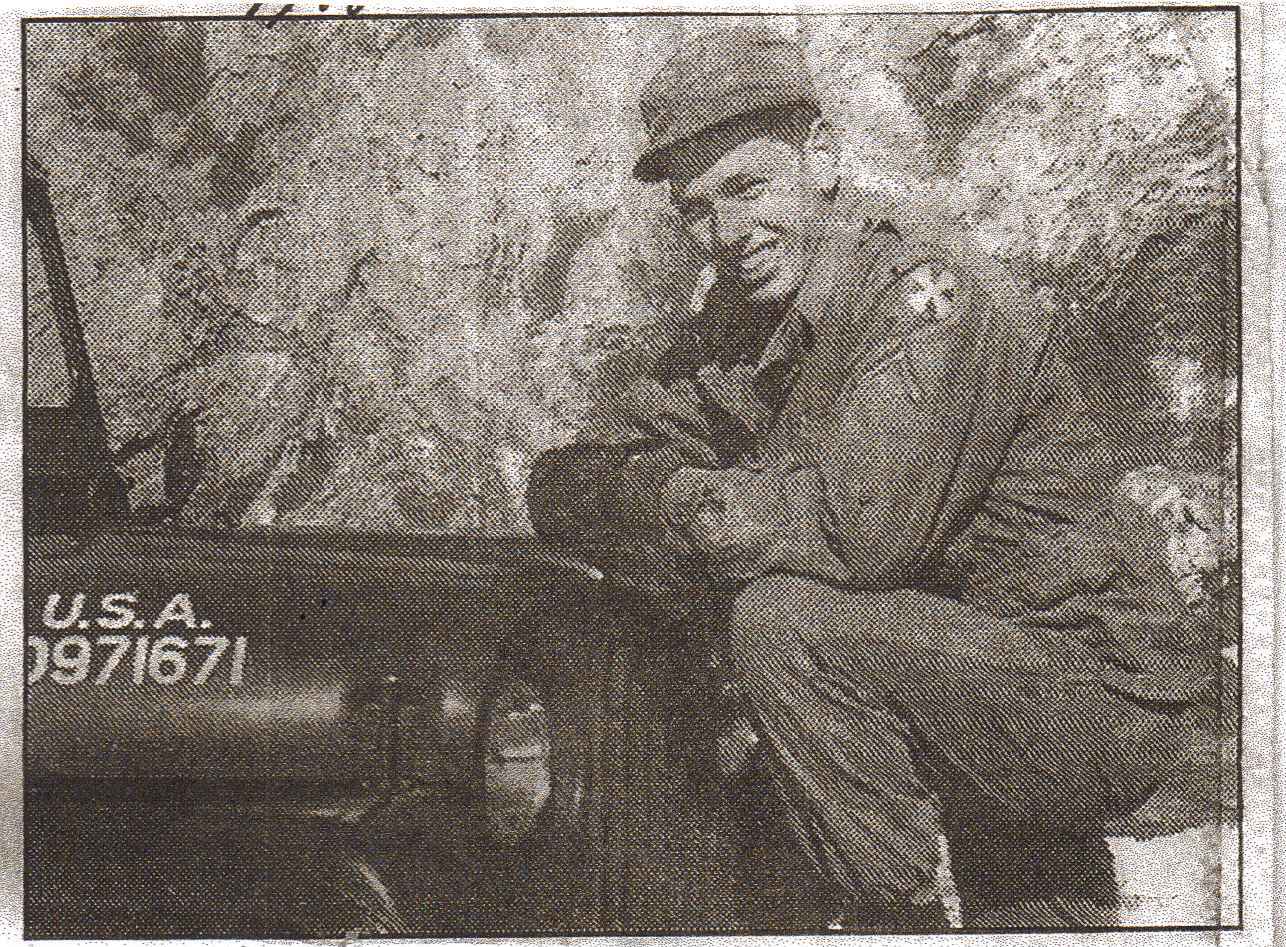 Don Durbin spends his time in the Military as a survey instrument operator.

April fools day 1953 early in the morning, I, John Hewitt and Milton Hunholz boarded a greyhound buss for the induction center in KC Mo. About noon we found on a train bound for Camp Crowder Mo where we would spend a week in military instruction before going down to Camp Chafee Ark to spend the night. The next morning we boarded a bus for Ft Sill Ok where I would spend the next 16 weeks of basic training. Milton and john would stay at Chaffee.
The Korean War would stop (90 day truce) the same day I graduated from my basic training. 17 day leave at home , then I boarded a C46 transport out of Fairfax Airport, KC Kansas for a night time trip to Ft Lawton, Washington for a 10 day stay there. From there we went to Bremmerton WA to board a troop ship USS General Darby headed for Yokahama Japan an 12 day trip. I didn’t get sick on this trip. From here by train to Sasebo, Japan to spend ca week of shots and indoctrination then another 2 day boat ride to Inchon, Korea on 9/27/1953.We boarded a train from here North to about 50 miles north of Seoul where I would be assigned to the 235th FAOB Battalion where I became an instrument operator. I wasn’t smart enough to do the math, but I could operate the “Theodolit”.
On Sept/Oct of 1954, the 235th would be deactivated and be sent home. Those of us that had more than 3 months left the service would be reassigned to another unit. I would wind up in the 17th Infantry regiment, 7th Division until I left for home late Jan 1955 aboard the USS Mitchell for a miserable 12 day trip, 4 days of which I and most everyone on the boat were sick!
We landed in Seattle, Wa. I spent the night, and then boarded a train to Ft Carson, Co. After 3 days I found the paper I had been looking for I boarded a plane to Fairfax Airport where all my family met me for the ride back to Adrian
Someday I would like to go back to Korea as a tourist to where I spent those 17 months. I would hope it doesn’t smell quite as bad as it did back then 58 years ago.
I didn’t see any combat (Thank God) since the day truce was still in effect and still does today. I did see plenty of places where combat did occur, just happy I missed it.