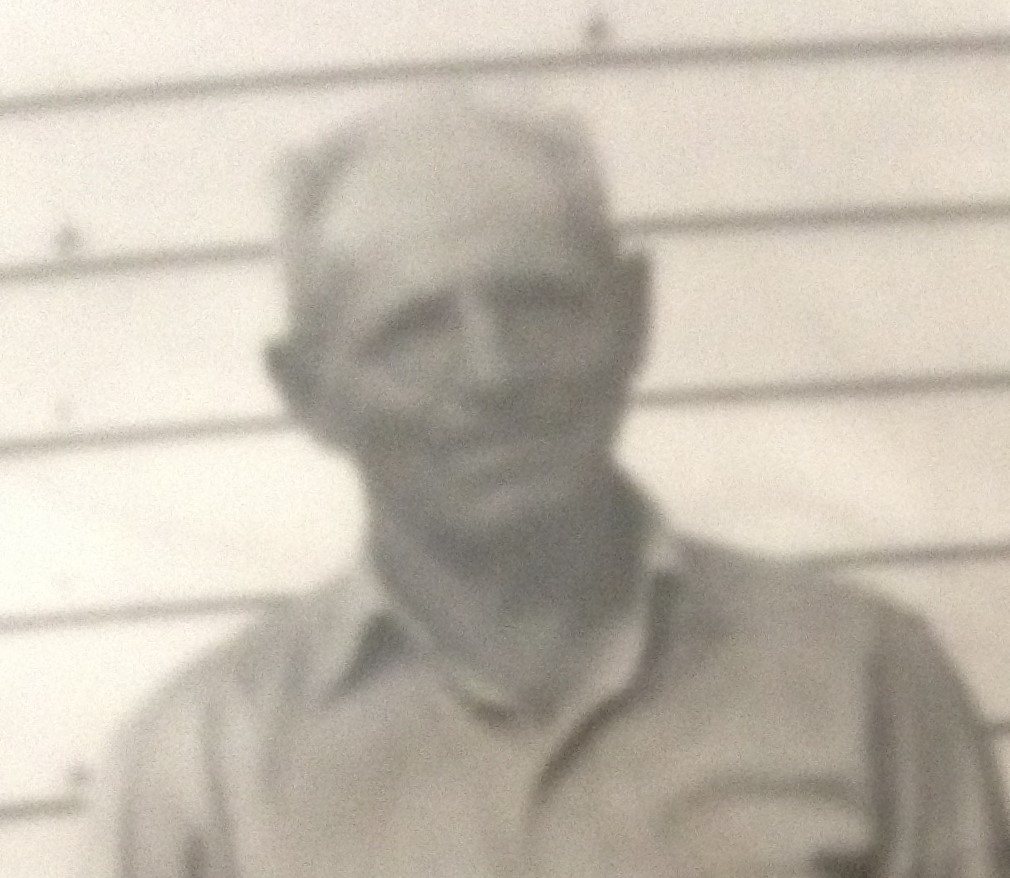 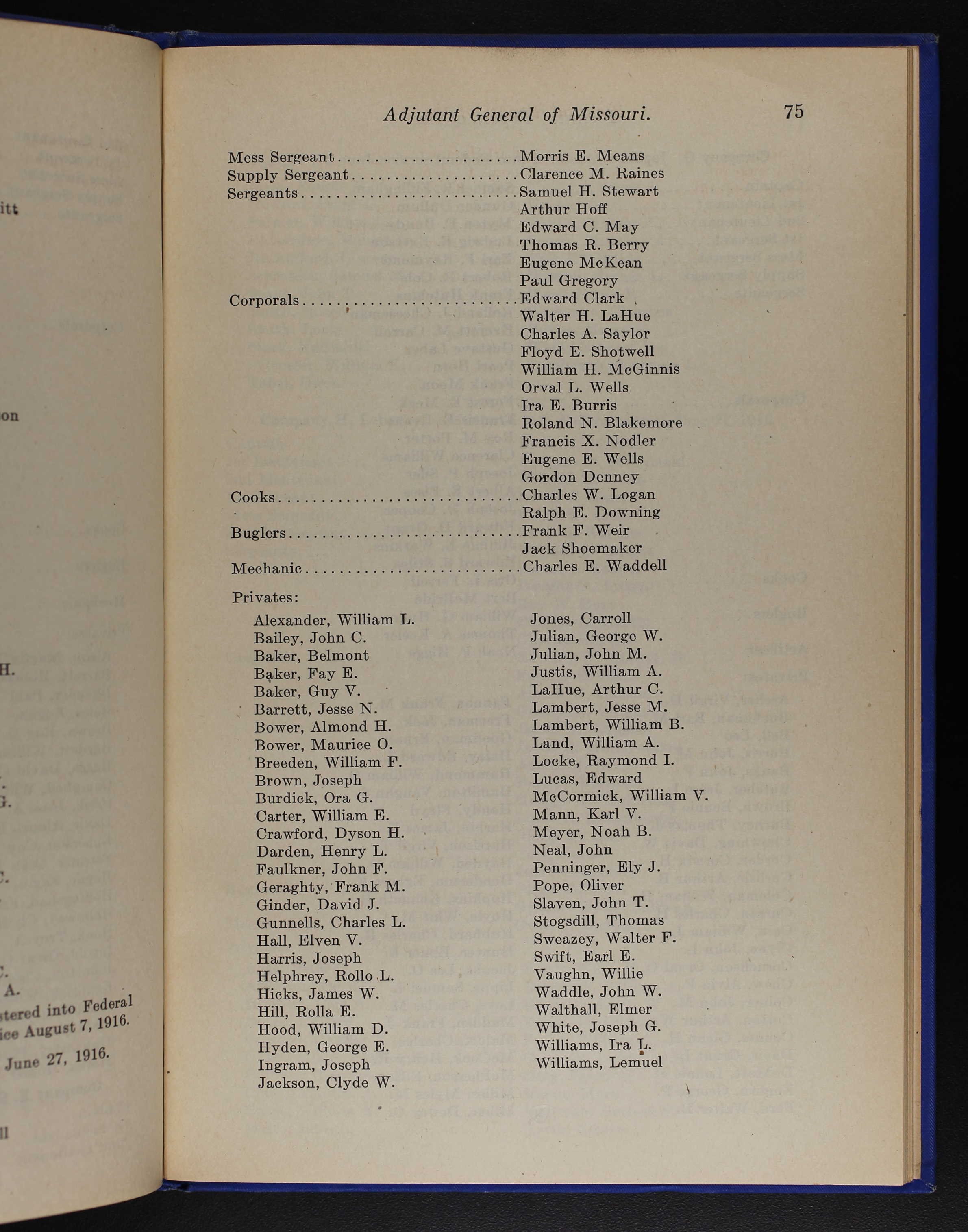 Humphrey and the Mexican Border
Rollo Lee Humphrey was born June 8, 1895 in Leeton, Missouri to Levi and Ina May (Smith) Helphrey. Records indicate that Private Humphrey may have begun his military service in 1915 with the Missouri National Guard, assigned to Company F of the Second Infantry. Upon activation of the National Guard, Humphrey was sent to the Mexican Border in 1916. His official time with the Navy was June 19, 1916 through August 23, 1917.

ORDER OF THE PRESIDENT CALLING THE NATIONAL GUARD INTO FEDERAL SERVICE

Having in view the possibility of further aggression upon the United States from Mexico and the necessity for the proper protection of that frontier, the President has thought proper to exercise the authority vested in him by the Constitution and laws and call out the organized militia and the National Guard necessary for that purpose, I am, in consequence, instructed by the President to call to the service of the United States forthwith, through you the following units of organized militia and the National Guard of the State of Missouri, which the President directs shall be assembled at the state mobilization point at Nevada (or at the places to be designated to you by the Commanding General, Central Department) for muster into the service of the United States, one brigade of four regiments of infantry, one troop of cavalry, one battalion of field artillery, one signal corps company, one field hospital, one ambulance company. Organizations to be accepted into the federal service should have a minimum peace strength now prescribed for organized militia, the maximum at which organizations will be accepted, and to which they should be raised as soon as possible, is prescribed in section two, tables of organization United States Army. In case any regiment, battalion or squadron, now recognized as such, contains an insufficient number of organizations to enable it to conform at muster to regular army organization tables, the organization and therein inspected under the orders of the department to determine their fitness for recognition as organized militia by the War Department, circular nineteen, division of militia affairs, nineteen fourteen, prescribed the organizations desired from each state as part of the local tactical division, and only these organization will be accepted into service. It is requested that all officers of the adjutant general's department, quartermaster corps and medical corps, duly recognized as pertaining to state headquarters, under table one, table of organizations, organized militia and not elsewhere required for duty in State administration be ordered to camp for duty as camp staff officers. Such number of these staff officers as the department commander may determine may be mustered into the service of the United States for the purpose of proper camp administration, and will be mustered out when their services are no longer required. Where recognized brigades or divisions are called into service from a state, the staff officers pertaining to these units under tables of organization, United States Army, will be mustered into the United States Service, and also the authorized inspectors of small arms practice pertaining thereto, except for those two purposes of mobilization camp services and of the prescribed staff service with tactical units, officers of state headquarters under table one, above mentioned, will not be mustered into service at this time. If tactical divisions are later organized, the requisite additional number of staff officers with rank as prescribed for division staff will, as far as practicable be called into service from these states which have furnished troops to such divisions, acknowledge.
NEWTON D. BAKER, Secretary of war