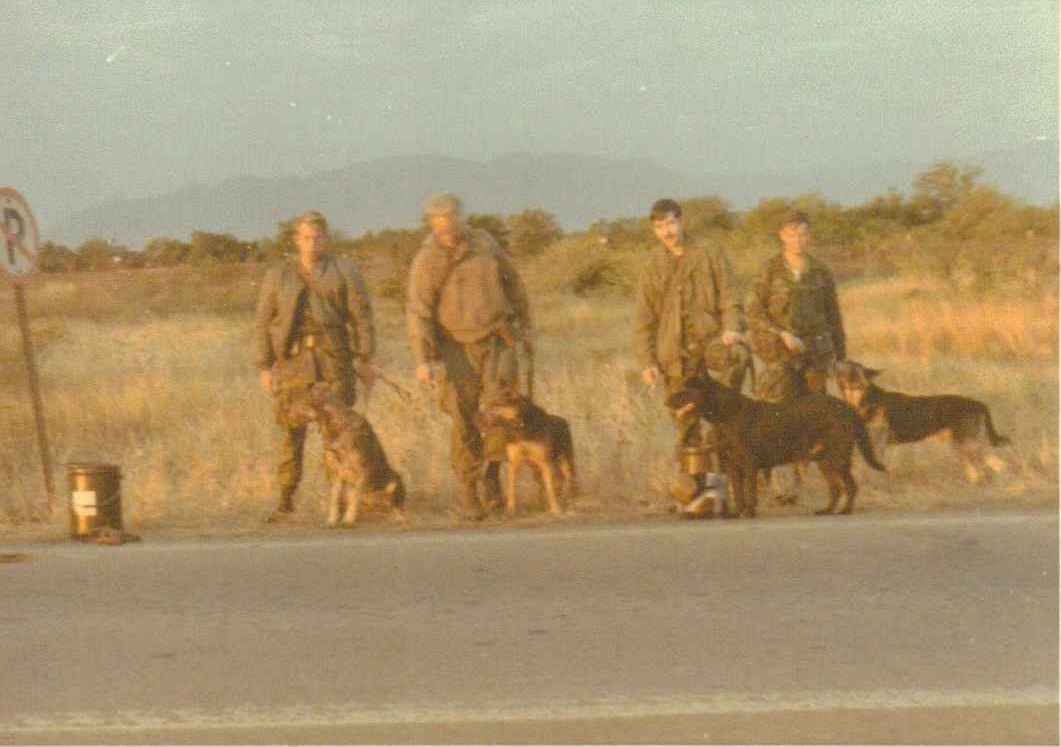 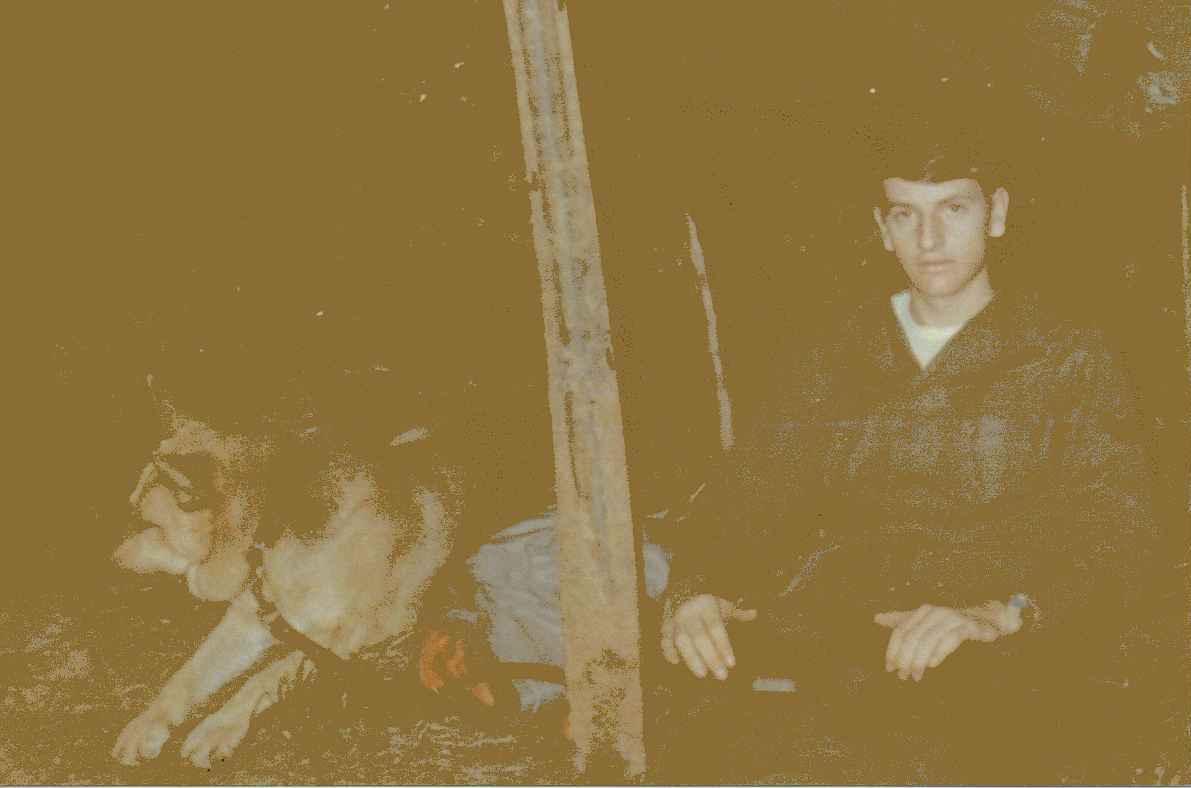 Photo above: Tim Hummel with "Caleb"

Vietnam War
I enlisted in the Air Force in June 1970 at age 17. I served in Vietnam at Phan Rang Air Base and Cam Ranh Bay Air Base as an Air Force Sentry Dog Handler in 1971-1972.
I was 18 years old when I went to Vietnam and soon found that I did not know nearly as much as I thought I did. My dog was a German Shepherd named Caleb. He weighed about 95 pounds and was serial no. X349. I believe I was his 3rd Handler during his time in Vietnam. Regretfully, I was also his last Handler as he was euthanized when I came home due to his age and the war winding down.
40 Years later, I still think of him often. He was a fine dog and a true friend. I served 2 more years after I returned to the States, got to go to Thailand on a 6 month TDY before the war ended, then Germany on a 2 month TDY. I was discharged in June 1974.
About 10,000 Dog handlers served during the Vietnam War.

About K 9 units in war.
Nemo was the most famous of all the combat dogs of the K9 units. Go on line and check out his story! Scout dogs were trained for jungle combat in a twelve week course that started with obedience and then taught voice and body signals. They were trained to alert differently for the scent of a living person or an inanimate but unfamiliar object. There was specialized training for daytime or night scouting, detecting tunnels, mines, trip wires and booby traps, and guard duty. Some dogs were specialists in one skill while others were cross-trained to perform in multiple tasks. Dogs were used for detecting enemy infiltrations into airfields and base camps, alerting on snipers and ambushes, sniffing out hidden enemy base camps, locating enemy underground tunnel complexes, and finding hidden caches of enemy weapons, food, and medical supplies. Air Force planners’ in1960 were well aware that its ground units and aircraft could be involved in a shooting war in Southeast Asia. Early in 1961 the 4400th Crew Training Squadron was activated at Eglin AFB, Florida, to prepare airmen for action in a guerrilla warfare environment. Graduates of the Eglin school were assigned as advisors to the South Vietnamese military. Operation Farmgate had begun. In November 1961, the long term commitment of U.S. forces in Vietnam began.
Caleb's brick is laid at this site on line 10 section A beside his handler and friend's brick.