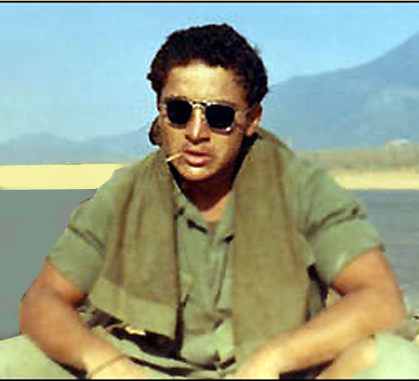 Spec Alexander Pedro Santiago, Jr
SP4 Santiago was the son of Mr. and Mrs. Alexander P. Santiago of Bronx, New York. He was deployed to Vietnam and served with the 2d Platoon of D Company, 1st Battalion, 12th Infantry, 4th Infantry Division, US Army. On June 5 1969, Santiago was killed in action 13 Kilometers southwest of Kon Tum, Kon Tum Province, Vietnam. Santiago was awarded the Bronze Star, Purple Heart, and Conspicuous Service Cross.
Santiago and his siblings had resided at Mount Loretto Orphanage during their younger years. After Santiago’s death, his body was returned to this home and laid to rest at Mount Loretto Home Cemetery on Staten Island.
On June 5, 1969, the 1/12th Infantry suffered 37 WIA and 10 KIA. Just as these men served together, these 10 names are inscribed together on the 23rd panel of The Vietnam Memorial Wall in Washington, D.C. SP4 Santiago will forever be near his comrades.